Google Chrome Introduces Ad-Blocker To Clean Up The Web 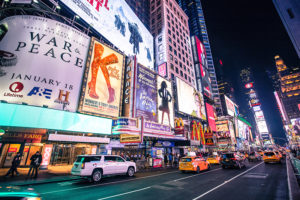 Google has flipped the switch on a native Google Chrome ad-blocker that is intended to clean-up the web while ensuring that well-behaved advertisers are not penalized. Google Chrome is far-and-away the most popular web browser on the desktop and on mobile, so the news that it will begin to aggressively block some types of advertising is of considerable interest to publishers.

Google is an advertising company: its products create an audience to advertise to or provide advertising for other publishers. It might seem counterintuitive that the company behind the world’s biggest advertising network would create an ad-blocker, but Google and the publishers it works with were faced with a stark choice: improve the advertising experience or suffer the consequence of users taking ad-blocking into their own hands.

Google hopes that a browser that blocks the most disruptive advertising will be enough for most people, discouraging them from installing ad-blockers that implement a scorched earth policy where ads are concerned.

Chrome’s ad-blocker is a little different to the ad-blockers consumers are used to. Its ultimate goal is not to block ads, but to encourage publishers and advertising networks to think twice before displaying “bad ads” that spoil our experience of the web.

It works like this: Google samples a few pages from a site to test if it conforms to the Better Ads standards. Sites are rated as pass, warning, or failing. Sites in breach of the standards are given a warning. If they ignore it, Google Chrome blocks advertising on the site until it provides a more acceptable experience.

It is important to understand that Chrome will block all advertising on sites with unacceptable ads (including ads from Google’s networks). For sites that have been deemed in breach, Chrome’s ad-blocker works just like any other blocker, it uses the popular EasyList to block ads at the network level.

What Counts As A Bad Ad?

Google Chrome is on the look-out for disruptive advertising experiences created by advertisers — autoplay video ads, for instance — and by publishers — high-density advertising and prestitial advertising with a countdown.

Google will more aggressively block advertising on mobile, where it will filter pop-up adverts, the full screen rollover ads that have become popular of late, and more.

You can see full details on the Better Ads Standards site.

Is This Bad For Online Publishing

Publishers have greeted the Chrome ad-blocker with cautious optimism. A subset of publishers isn’t happy about Google interfering with their revenue stream, but the industry as a whole recognizes that driving content consumers to block all advertising will be catastrophic in the long-run.